Milk thistle is recognised widely as a ‘cycle support’, and is highly recommended to be used alongside any anabolic compound for the protection and vitality of the liver. Prohormones often cause damage to the liver as they are methylated and this is something that has a direct impact on the liver, causing strain and interfering with other bodily systems. If you are planning on running a cycle, you will need cycle support!

HOW DOES IT AFFECT YOU?

Milk thistle (silybum marianum) has been used for 2,000 years as a herbal remedy for a variety of ailments, particularly liver, kidney, and gallbladder problems. Several scientific studies suggest that substances in milk thistle (especially a flavonoid called silymarin) protect the liver from toxins, including certain drugs such as acetaminophen (Tylenol), which causes liver damage in high doses. Silymarin has antioxidant and anti-inflammatory properties, and it may help the liver to repair itself by inducing new cell growth.

Shown to repair damage to the liver from alcohol and other methylated compounds, Silymarin plays a key role in liver health. It is a known liver decongestant, stimulating bile flow through the liver and gallbladder, reducing bile-induced liver damage. It is also a great antioxidant, oxidizing the many pollutants the liver filters in its phase one detoxification process. Silymarin also promotes glutathione (GSH) and superoxide dismutase (SOD), two of the body’s master super antioxidants. One study found that silymarin can increase glutathione content as much as 50%. It can also promote healthy kidneys via increasing protein and nucleic acid synthesis, increasing cell replication by 25-30%

WHO SHOULD TAKE IT?

HOW TO TAKE MILK THISTLE

Take one serving of this product for every prohormone capsules/anabolic you consume to ensure maximum protection and effectiveness. 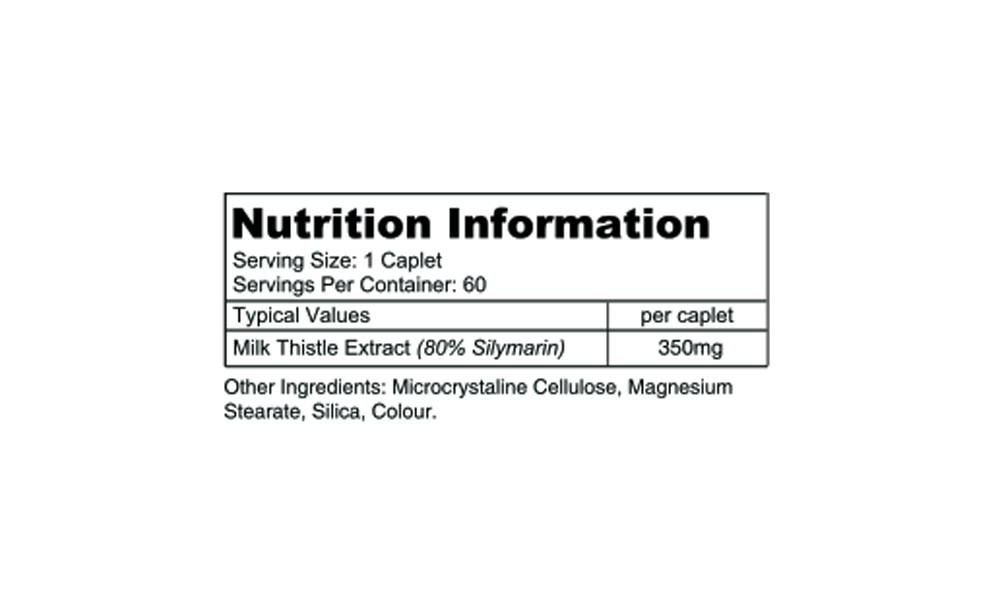