Cycle shield is an all in one product that aids in the protection and promotion of the health of the internal organs during your cycle. Pro-Hormones can often cause unwanted side effects due to their neediness to be methylated by the liver, which can evidentially cause strain on the liver and the internal organs alongside with other bodily systems. If you are planning on running a cycle, you will need cycle support!

What is it and How does it effect you?

Cycle Shield as previously mentioned is a cycle protection product, here are the ingredients and why it will of a benefit on cycle;

Shown to repair damage to the liver from alcohol and other methylated compounds, Silymarin plays a key role in liver health. It is a known liver decongestant, stimulating bile flow through the liver and gallbladder, reducing bile-induced liver damage. It is also a great antioxidant, oxidizing the many pollutants the liver filters in its phase one detoxification process. Silymarin also promotes Glutathione (GSH) and Superoxide Dismutase (SOD), two of the bodies master super antioxidants. One study found that Silymarin can increase glutathione content as much as 50 percent. It can also promote healthy kidneys via increasing protein and nucleic acid synthesis, increasing cell replication by 25-30 percent.

One of the lead factors in liver disease in a deficiency of liver glutathione, which is why N-Acetyl Cysteine (an amino-acid derivative that is a pre-cursor to Glutathione) is included in the formula. NAC replenishes intracellular levels of glutathione (GSH), which restores your cells’ ability to fight damage from free radicals. It can also help reduce liver inflammation.

An ingredient that is used to treat Prostate Hyperplasia by working in numerous ways. It counteracts hormones called androgens which can cause prostate enlargement. Lauric and oleic acid content in Saw Palmetto inhibit an enzyme called 5-alpha-reductase that converts testosterone to dihydrotestosterone (DHT). DHT can cause inflammation and excessive cell growth in the prostate, so you can see why this would be a benefit. It can also inhibit DHT already present from binding to cell receptor sites. Finally it acts like an alpha-blocker, which relaxes the prostate for optimal health. One less well known effect of Saw Palmetto is it’s anti-estrogen effect. It acts on progesterone receptors, causing a reduction in estrogen levels.

One of the most important minerals in the body. Calcium is involved in muscle contractions, including that of the heart, skeletal muscles, and smooth muscle found in blood vessels and intestines, as well as the generation of nerve impulses. It’s role here is to make sure the calcium-channel blocker properties of the Celery Seed doesn’t decrease the amount of force the muscle can generate when contracting.

Another proven ingredient to help hypertension. In the research conducted at the University of Chicago Medical Center, the compound identified as the active is 3-N-Butylphthalide (3nB). 3nB lowers blood pressure by acting as both a diuretic and vasodilator through impacting the production of prostaglandins, as well as acting in a similar manner to calcium-channel blockers. It has also been shown to help lower blood cholesterol levels and reduce plaque formation in the arteries.

Who should take it?

How to take Cycle Shield

Take one serving of this product for every pro-hormone capsules/anabolic you consume to ensure maximum protection and effectiveness. 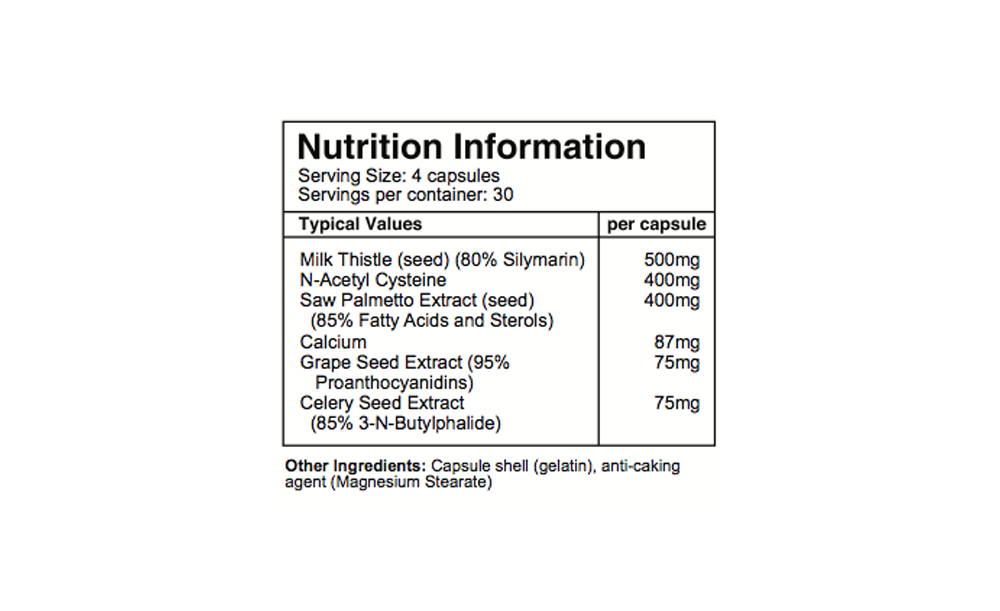